One of the first things a foreigner faces when coming to a new country is language. And one of the first things that a non-native speaker observes is that the language native speakers use in everyday life is quite different from the one taught at school or at university. As a linguist I find it exciting to be exposed to a great variety of German language phenomena every day. Idioms is one of them. But why are people using idioms in their everyday speech?

Idioms help people to make their language richer, to add some color to it, to underline specific shades of meanings. One of the observations about German idiom vocabulary that I have made so far is that it is full of food-related idioms.

Germans usually put their mustard in others‘ speech („seinen Senf dazu geben„), compare people with bread if they find them stupid („dumm wie Brot sein„) and say that somebody cooks with water if the one uses the same techniques or methods for doing something („mit Wasser kochen„).

Why do languages contain idioms related to food?

Language is the mirror of people’s culture and in general food plays a great role in many cultures. „Consuming food and drink is a profound expression of social belonging. It deﬁnes individuals and groups in society providing them with an identity of the social, political, economic, and cultural kind.“(Pinnavaia: 456) So, food is not only means of satisfying biological needs, but also an important cultural aspect.

Germany is proud of its cuisine, each region has its own local dishes and many holidays are accompanied with special dishes and drinks (Glühwein, Beer).

A bit of history behind German idioms

In order to feel the taste of German food-related idioms, let’s take a couple of them and explore their history.

Meaning: something makes no sense.

History: people compare unimportant, nonsense things with cheese because there were times when cheese and other dairy products were cheap and people did not value them too much.

History: the history goes back to the World War I. Italy allied with Germany, but later switched to the enemy and was then considered unreliable, like a tomato that flourished in Italy, but often died in Germany.

Meaning: somebody is hopeless

In the past, people did not buy beer in a supermarket but they were preparing it themselves. If the beer did not taste, the problem could be in the ingredients (hops or malt).

Of course, there are a lot more food-related idioms that have exciting historical facts behind them. Unfortunately we cannot cover all of them in one blog, but I hope that today’s blog helped you to look a bit differently at German language… And, as Germans say “Everything has an end, only the sausage has two” (Alles hat ein Ende, nur die Wurst hat zwei).

References: Pinnavaia, L. (2015). We are what we eat: analyzing food and drink idioms in English, French, German, and Spanish.

Images by Louis Hansel and Pierre Gui taken from Unsplash.

Machine translation in corporate environments – is it worth it?

ByChristian Eisold
The introduction of machine translation in a company is a serious step that raises many questions regarding its technical implementation, its incorporation into the existing translation workflow and its effect upon data security and cost efficiency. Because of the newly sparked interest in the general applicability of machine translation caused by NMT (Neural Machine Translation), we are dedicating a longer article to this subject aiming to answer some fundamental questions and to prepare the ground for an initial assessment.
cloud machine translation terminology

END_OF_DOCUMENT_TOKEN_TO_BE_REPLACED 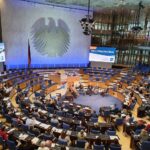 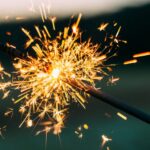