One aspect that I really enjoy when working in the localization industry is creative translations for marketing and advertisement purposes and their cultural insights. This is also known as transcreation.

Transcreation? So what does it consist of and in which sense is that different from translation? And why should those projects be handled in a completely different way? This is what I will dive into in this blog.

Transcreation, or creative translation, consists of adapting an advertising message from one language to another, without altering its effect, but making sure that it works well in its new environment. This means re-creating the original message to adapt it to the target language, new culture and new physical environments. Which also means re-creating word plays, puns, cultural images and idioms for the target market.

Transcreation is for translation what a cover would be to the original song. The core melody would stay the same, but the style, instruments or performance would be altered to suit a new audience.

Where translation has its limits, transcreation goes further

As you can imagine, you won’t translate a slogan as you might translate a fridge user manual. When it comes to advertising and catchy messages, pure translation can become very tricky.

Whereas the key intent for translation is accuracy, fluency and internal consistency, the building blocks for transcreation are creativity, emotions and cultural references. The main challenge is to maintain the intent, the style, the tone, and the context without falling into an advertising bad buzz or semantic traps, taboos or non-adapted images.

„Hello, nice to sweet you“!

Now, take 5 minutes and think about the way you would translate this slogan for Hello chocolate from Lindt, while keeping the message and the word play? Good luck…

Beside the fact that the message is difficult to keep while being adapted, there are many other aspects that need to be taken into consideration.

Did you know that Starbucks decided to change their logo to a more gender-neutral one for Saudi-Arabian market?1

And that Givenchy decided to redress their model for Arabian markets, despite losing the reference to their initial intent (indecency)?2

Eat your fingers off !

The message being promoted also needs to be well thought out when going global. Promoting a compact and easy-to-park car in Paris won’t have the same impact on the US market, where pick-ups and sedans are very popular. Such local factors needs to be planned. A toothpaste campaign missed the mark as they promoted their product in an Asian area by highlighting that it “whitens your teeth”, whereas within this particular region blackening teeth is considered attractive.3

A direct literal translation resulted in an outrageous double-meaning message when an international airway translated their slogan “Fly in leather” into “Fly naked” (“Vuela en cuero”) in Spanish.  And Chinese consumers got a bit worried when KFC „finger licking good“ was translated into Chinese as „eat your fingers off.“4

Transcreation is sometimes not needed when the concept is strong enough or widely understandable. Everybody knows Nike’s “Just do it”, or Volkswagen’s “Das Auto”. But here again, the potential significations should be double-checked: was American Motors aware of the connotation of their Matador car in the Spanish-speaking countries?5

While amusing, marketing blunders are examples of how even the smallest adaptation mishap could turn an advertising campaign into a costly flop – in the sense of money but also of brand reputation.

Publicity misfortune abroad can be easily prevented by implementing a global creative strategy, and this from the very start. Performing feasibility checks for campaigns and cross-cultural images thorough the target markets, checking names and pronunciation in other languages, avoiding literal translation will ensure your international marketing campaign has the impact you are looking for and takes your brand into new territories with the best results.

And believe me, keeping these things in mind means you won’t bite your fingers off!

END_OF_DOCUMENT_TOKEN_TO_BE_REPLACED

ByChristiane Spooren
Just a few days before the Christmas festivities, SDL came forward with new versions for Trados Studio and MultiTerm. We have prepared an overview of the most exciting features for you. So what's new and improved in SDL Trados Studio 2017 and SDL MultiTerm 2017? Read on!
CAT-tools general
Older Post 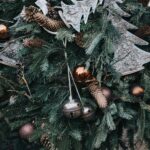