In the last article of the GDPR series, Kerstin Berns made the connection between the most important principles of the GDPR and translation processes. Now, we are looking into the practical aspect to see how these principles can be implemented with current translation systems and which solutions the manufacturers already possess.

Where is personal data (PBD) hidden?

PBD can be saved in a CAT tool in the following locations:

Metadata is information about processing that the system automatically saves. This includes, for example, the name or ID of the creator or processor (which can be project managers, translators, reviewers, etc.).

Metadata is stored in:

How can you find PBD reliably?

Let’s say that we have been working with our CAT tool for several years and have accumulated a considerable amount of data (all of which contain non-anonymized PBD). According to GDPR, we need to be able to identify the PBD, export it, and erase it. But that’s not an easy task.

Deleting PBD in metadata may seem comparatively easy. Most tools provide the ability to search translation memory (TM) records for a certain editor filter and apply this filter when exporting. Depending on how these TMs are managed, this can turn out to be quite the manual effort. Often, there isn’t even a filter for terminology data. Furthermore, if the processor is anonymized, it is no longer possible to trace who has made a translation error in the event of a complaint. So anonymization would have to take place via encryptable and decryptable or speaking IDs. But is that feasible at all?

PBD in the text

Things seem a lot harder with PBD in the texts themselves. Because we want the PBD to be translated, without saving them in the system. They must be anonymized in the system, without being anonymized outside the system. So, they would be replaced by an alias, a placeholder, etc., while importing into the tool, and show up again as the original when exporting. Why does this seem so difficult?

All in all, the determination and anonymization of PBD in text seems risky and uncertain.

So what are the CAT tool manufacturers doing?

PBD in texts especially is a source of frustration for CAT tool manufacturers. Some argue that the text that goes into the tool is the text creators’ concern. Put simply, this means that whoever sends PBD into the tool is to blame. Others suggest that the texts should already be anonymized when they are sent into the tool. Yet another point of view is that there should be a translation without translation memory (even though this would result in higher translation costs, due to less pre-translation). A few others provide the option to replace PBD in text, but with several disadvantages. How complicated!

However, there are some good approaches to the treatment of PBD when it comes to metadata. Here are a few examples:

At this point, one could say that the implementation of GDPR in translation systems is fundamentally difficult and anything but helpful to text quality. Nonetheless, there are some solutions, especially when it comes to handling personal data in system metadata. PBD, on the other hand, poses larger problems in the text.

In the next and last installation of this series, we are presenting a case study that can be processed with the help of  SDL Trados Studios and its GDPR solutions are being processed. Stay tuned! 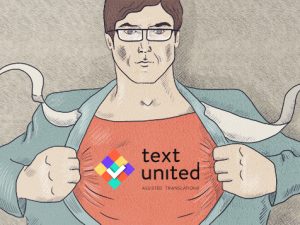 Cloud-based platforms for the translation industry

Cloud-based platforms for the translation industry