Who doesn’t know the saying: “Language is the key to another culture”.
This phrase seems cryptic to someone like me, having grown up bilingually in multiple cultures. Gestures also form part of language. To what extent does language, then, open doors?

What really constitutes a language often only becomes clear in cultural circles that are very different from one’s own. In my case this was Japan, which I visited several times and also completed a one-year research project. One of the first noticeable linguistic peculiarities for me was not the bow or the almost melodic speech rhythm, but the constant, affirming “mh”, which should not be missing in any Japanese conversation! While in German we are rather annoyed by a constant “yeah … mh … mh … yes …”, leaving it out sends an unpleasant message in Japan: “I am not listening to you!”.

If you have mastered language and gestures halfway, you can be sure of recognition in any culture. Especially in Japan, there is another factor: the foreigner bonus. Here, foreigners are perceived as “barbarians”, who still have to be introduced into the culture- as such, their mistakes are easily forgiven and they are helped out. This is valuable, as you have the opportunity to learn information that you would otherwise not acquire in a classroom setting.

With this foreigner bonus, I was able to have an intensive exchange with locals on topics such as the Fukushima catastrophe, for example, because as a foreigner I have the necessary cultural distance. And that is to be understood in a positive sense. While Japanese hardly ever talk about the catastrophe among themselves, they are happy to explain to an outsider exactly why it is not talked about. So, you are offered an insight into cultural information that you would not stumble across anywhere else.

This personal example is supposed to be representative of the “door-opening” qualities of languages. And this is exactly why I like to deal with language so much. It creates bridges, understanding and sometimes even opens doors!

There is often more behind a translation than a simple transfer from A to B. Even a word can never be transferred into another language in a fully equivalent way, since the meaning of a supposedly familiar word can change due to cultural influences. This makes it all the more important to take these aspects into account when advising on language processes and in the mass handling of voice data.

This is my mission at blc is: to bring my knowledge of computer linguistic and linguistic-cultural phenomena to our customer projects. I will be happy to tell you more about this in my next blog. Stay tuned. 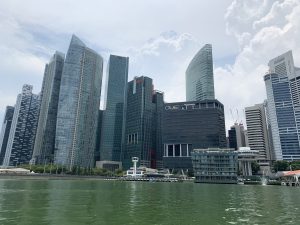