Synergies between terminology and ontology – my master’s thesis

Last March I joined blc as a master’s student. The goal: to write a master’s thesis on the synergies of terminology andontologies by October. And even though I am no longer a master’s student, but now support blc in the area of translation and terminology management on a full-time basis, the topic is still with me. After all, it was my constant companion for 6 to 7 months.

So in this blog, I will tell you a little more about the subject and why it is so important. First of all, synergies between terminology and ontology are not only something for the theoreticians among us. No, you can also use these synergies efficiently for yourself in day-to-day work.

But first: back to the beginning

The title: ‘Synergies between terminology and ontology in the age of the Semantic Web – Influence and importance of terminological structures in ontology management’. Whew… that might make you feel a bit overwhelmed. Maybe justified, if you consider that I wrote a small novel of about 160 pages on this topic :-D. But I still have to disagree, simply because it was so exciting.

Especially in today’s age of digitalization and automation, the importance and relevance of terminology and also of ontologies is increasing more and more. Keyword: mostly separate from each other. And this is exactly where I started, because terminology and ontologies interact with each other more than one might think. But the exciting question was, where and how exactly do these two disciplines come together? Where are synergies between two disciplines that are primarily considered separately, and whose interaction has only been studied more closely for a few years? In my master’s thesis, I investigated these questions. And in addition to that, I examined ontological processes as well as an ontology itself for existing or missing terminological influences.

Today, terminology has become indispensable in many areas. Especially the translation industry, technical documentation, but also departments such as marketing and sales are increasingly relying on consistent terminology and thus on a corporate language. After all, without the uniform use of language, including terminology, communication free of misunderstandings is hardly possible. Moreover, the lack of accepted terminology can also have an impact on profitability. Problems arise here, such as a loss of quality in translations, comprehension problems in operating instructions, or even communication problems between companies and customers.

Agreeing on and eventually using consistent terminology prevents these problems. Therefore, it is also quickly becoming a competitive advantage for many companies. Not only in internal communications, but also in terms of market position.

Ontologies, as a concept originally taken from philosophy, only entered computer science in the nineties of the 20th century. Today, as a subfield of Artificial Intelligence (AI), they are one of the main pillars of knowledge management and the Semantic Web. Roughly speaking, their main purpose is to improve communication between humans and machines. This should be achieved by making information available in a way that enables it to be processed by machines.

This aspect was very important for my master’s thesis as well. For example, ontologies take, let’s say, terminological data and specifically reuse it in a machine-readable format. Thus, if ontologies are built directly on well-defined and accepted terminology, they can efficiently organize and disseminate knowledge. Like this, marketing and sales can also be boosted by semantic applications that rely on ontologies.

But how exactly do ontologies boost working practice? To give you an idea of possible application areas, I’ll list some of the most interesting ones here, which I also looked at in my master’s thesis. For example, underlying ontologies are of great help in the following areas:

But of course, this is far from the end of the line. Every company can use ontologies efficiently for itself in a different way (something we are very happy to assist you with!).

Synergies: Where exactly and what is the benefit?

If there is one thing I learned while writing my master’s thesis, it is that there are far more connections between terminology and ontologies than one would have guessed. Unfortunately, there are too many to mention them all here, but of course a few of them should not be missing! For example, it is immediately noticeable that the respective main components of terminology and ontology correspond to each other. Classes, instances and properties in ontologies are the respective counterparts of superordinate concepts, subordinate concepts and relations in terminology. But this is only the tip of the iceberg. If one dives even deeper into the structure, one can recognize many more corresponding elements. The formal representation of ontologies is a very good example for that, as it entails many elements, which can be found in terminology databases as well.

However, one of the most exciting things was the comparison of the processes in terminology and ontology management. Here, I have compared two exemplary processes and their respective process steps. Interestingly, the processes are similar in the first half when it comes to defining the domain, concepts/classes, subordinate concepts/instances and relations/properties. But as soon as the management, control and maintenance of the defined terminology starts in terminology management, the ontology process seems to be over. This is, however, not at all a bad thing. It only shows that high quality ontologies should be based on an already standardized, cleansed and continuously maintained terminology.

Since one of the things I investigated in my master’s thesis was an ontology that was modeled completely without terminological influence, it was even more interesting to find all these (and even more) synergies. Of course, I also found deviations and errors. Mostly those, that arose from this very lack of terminological control and influence. A fact that contributed to my final statement:

To pack a master’s thesis into a blog is of course difficult. But maybe your interest in the topic could be sparked:

Do you want to get your corporate terminology into check? Or find the optimal terminology process for you and find out how you can benefit from the synergies between terminology and ontology in your company? Contact us! We will be happy to advise you and together we will get the best results for you.

Do you fancy a practical example? Our terminology expert Jenny Seidel will be giving her excellent tekom lecture “Ontologies for Millions” for a second time on January 26 at 10 am. Among other things, she will show how to use efficiently maintained corporate terminology for a chatbot. Sign up!

Image by Alina Grubnyak on Unsplash 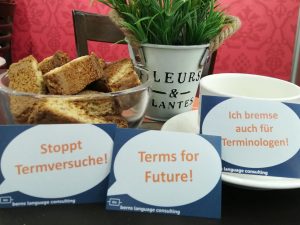 From Terminology to Ontology 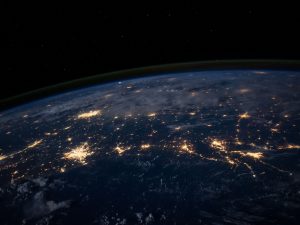 Ontologies in the Semantic Web